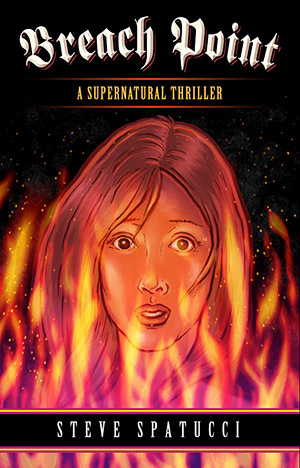 When high school sophomore Clara Tuffney is hired for a summer internship at an engineering firm, she accepts an invitation to live with her Aunt Maureen in the quiet seaside town of Breach Point, New Jersey.

Soon after arriving, Clara learns of the infamous Breach Point Castle, a haunted attraction that once stood on the town’s busy amusement pier. While searching out the Castle’s former location, Clara befriends Nicholas, a shy local boy. Nicholas introduces Clara to his Uncle Kevin who, along with his friends, worked at the Castle during its prime.

Through Nicholas, Clara discovers that the Castle burned down in a mysterious fire in the early 1980s. She also learns of a local legend – a boy named Eric, rumored to have possessed supernatural powers, was killed in the fire – though many doubt that he actually died. Some of the town’s residents even believe that Eric has returned to Breach Point in the form of a malevolent spirit – a story Kevin sternly cautions Clara against believing.

Clara’s curious nature soon brings her closer to finding out the secret behind what really happened to the Castle and to Eric – though her search for answers places herself, Aunt Maureen, and Nicholas directly in the path of a danger she does not fully understand.

When I opened up the first page of Spatucci’s novel, Breach Point I became worried. I didn’t realize it had originally been published on Wattpad. For those of you unfamiliar with Wattpad it is a website for writers who want feedback on their work. I am not a fan of the site as most of it’s content leaves a bad taste in my mouth -but this book surprised me. I highly enjoyed it!

The Female Protagonist: I thought Spatucci made an interesting choice when making his protagonist a girl. Most authors on my shelves stick to what they know when it comes to their protagonist’s gender but it was refreshing to see Spatucci successfully write a female’s point of view, even in third person.

The Descriptions: While I enjoy mystery and quirky character flaws in books, I always love detailed descriptions. Whether it be a cracked sidewalk or a young girl’s love of funnel cake, Spatucci created a vivid world I couldn’t help but love.

The Author’s Personal Experience: At the back of the book there is a ton of bonus content. I enjoyed seeing how Spatucci came up with the idea for Breach Point.

While there isn’t anything I hated about this book I feel like we, as the readers, could have been giving a little more information on Eric… but at least there will be a sequel….

Four Kisses | This book was good. I had fun while reading it but something was missing from this story.

You can learn more about my rating system HERE

Tell us what you think: Cancel reply

Six of Crows by Leigh Bardugo

Add some sparkle to your blog

What’s Mine Is Not Yours

I don't condone stealing. While I don't mind you using my content please ask first. Everything on this site is solely my own unless stated otherwise. I contain the right to deny your request for use of my property. ©Jordan Foster-North 2014-2015